Painters and photographers of the uninhabited wilderness use selection and composition as an antidote for the perceived disorder and suggest a place to venture and explore no matter how dangerous. There are wildernesses within civilization created by abandonment and other unintentional acts. Abandonment is a statement of failure of an object, a construction, a creation, to satisfy the needs of the creator or the owner. Most failures are removed–often buried. Some failures, often those in out-of-the-way places, remain untouched, deteriorating, showing the passage of time.

These out-of-the-way places have a certain desolation and emptiness, and they suggest loss, separation, alienation, failure, and futility. Nonetheless, just as a vacant lot offers a young explorer a place for adventure and possible treasure, these unusual places can offer intense exploration and adventure. Their separation offers an exclusiveness and a peacefulness. Each instance of abandonment begs a historical narrative, in a sense a minor crime drama with motive, method, and opportunity to be discovered or at least pondered.

I have always been a visual explorer that has often been excited by particular, chance arrangements of items left and found together. I am interested in the corners of cities, towns, farms, factories, harbors, lakes, streets, and county fairs where multiple agents–creators–have built and, perhaps, abandon structures, devices, and other artifacts without intent and thought to their visual relationships. These are places where structure and disorder–the designed and the not designed–are found together. Of course, there are intentional relationships between structures in civilization, but there are many other relationships–especially on a small scale–that are unintentional and that result in significant disorder. Humans have abandon these places: Only their sign–their ghosts–remain.

I find the discovery and exploration of these vacant-yet-inanimately-populated places as exciting as I did as an adolescent. Rather than dig through found articles, I consider them as found still lives that can be selected, composed, captured, and treasured. 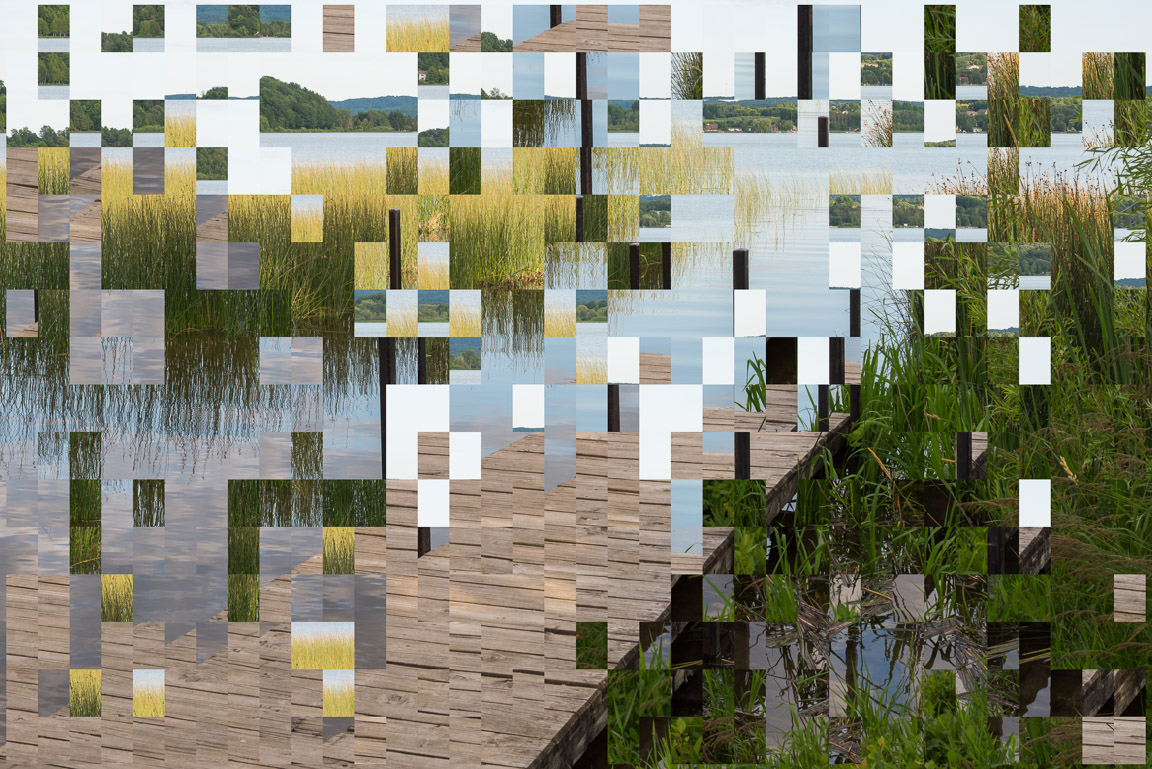