Based on the focusing equation alone, one should expect that there is only a single plane passing through the scene in which all points appear in focus in the image. Clearly (no pun intended), this is not the case.

In reality, imaging systems have a limited capacity to capture small details. Details are differences in tone or color. They give rise to contrast. The easiest details to see are those that are black on a white field or white on a black field. The smallest detail that a system can capture is characterized by the distance across the detail–its width. In an isotropic, two-dimensional image, the smallest details can be thought of as circles characterized by their diameters. The width or the diameter of these minimum discernible details is called the resolving power of an image system. It can be reported as its reciprocal, the resolution of an imaging system. The resolution is the number of recurrent details per distance, that is, the number of cycles per distance. This reporting scheme is used because originally resolution was measured by visually differentiating series of fine black lines of the same width and spacing on a white field and because now resolution is measured by numerically decomposing the image of the edge of a black surface in a white field into oscillating components each of which is characterized by a spatial frequency, that is, their number of cycles per distance.

The depth of field is created by the limitation on the minimum size of detail that is discernible at the focal plane. It is a phenomenon that is produced by the limited resolution of an imaging system. The physical model that produces depth of field, that is, a field of uniform focus, starts with the model for ideal focusing behavior and adds a constraint limiting the minimum size of discernible detail. While the model of ideal behavior predicts that any detail–no matter how small–can be brought into perfect focus by an ideal lens and aperture, the model of real behavior predicts that details of a certain size and smaller are brought into real focus (if you are willing to allow call it focus because it is the best the imaging system can do) as blurs of some small diameter. The limitation affects not only the points in the focal plane that would ideally be in focus, but it also affects the points that would ideally be in focus near the focal plane. The constraint on this range of points creates the field of uniform focus.

In addition, it should be recognized that lenses also have a limited resolution, This is obvious when viewing the image of a small and distant subject on the ground glass of a large format view camera. No matter how carefully focused the subject, it appears as a blur and not a point. The size of the subject in the image gets smaller when using better quality lenses, but there is always a minimum size. The capacity of a real lens to focus is always limited.

Internal and external camera support also contributes to the limited resolution of imaging system by reducing the motion of the system. Everyone has certainly experienced a loss of visual resolution while trying to read the lettering on a page while walking or in a moving car. Loss of resolution can appear in an image due to mirror recoil or hand-holding the camera.

Expressions for the near and far extents of this uniform field of focus, un and uf, respectively, and its depth of field uf – un can be derived for an arbitrary resolution of the imaging system by taking the the points vn and vf to be such that the diameter of the unfocused images at these points is that same as the diameter dc of the smallest available detail. That is to say, the distance between the focusing lines that travel between the ends of the aperture and cross the focal plane at vs for each of the points vn and vf is equal to dc, the diameter of the smallest detail. The resulting equations describe the field of uniform focus for a thin, symmetrical lens with geometric optics.

While the depth of field and the distances to its near and far extents are produced by the resolution of the selected imaging system, the derivation and the calculation of the these quantities depends on the focal length of the lens f, the diameter of the aperture Da (in terms of the aperture number A = f/Da), and the focusing distance us. Focusing at or beyond a particular distance (which depends upon these parameters) called the hyperfocal distance uh,

These equations can be used to create an expression for the fraction of the depth of field in front of the focusing point.

Fraction of Depth of Field in Front of Focus

This fraction tells us that the position of the focusing point within the field of uniform focus depends on the focusing distance relative to the hyperfocal distance. The fraction varies smoothly from 0 when focusing close to the camera to 1/2 when focusing at the hyperfocal distance. Because the fraction varies linearly with focusing distance and definitely does not take on a constant value, the popular one-third rule for the focusing point at a constant, relative location in the depth of field is unequivocally invalid.

Fraction of Depth of Field in Front of Focus

The reciprocals of these equations in terms of the reciprocals of the focusing distance, near extent, far extent, and hyperfocal distance are simple linear equations that can be solved together (simultaneously) to produce equations for approximate values of the hyperfocal distance (and, thus, the aperture number) and the focusing distance from given near and far extents of a field of uniform focus.

The resolution of the imaging system is determined by the combined resolutions of the lens, the emulsion or solid-state photosensitive array, and the system support. resolutions are combined by adding their reciprocals, that is, by adding the diameters of their smallest details, their resolving powers. The result is that the resolution of the system is always smaller than the resolutions of the individual components, that is, a system is able to discern fewer cycles per distance than any of its components. Typical resolutions used in the calculation of the near and far extents of the uniform field of focus and its depth of field are 33 cycles/mm (a 0.030 mm diameter) and 40 cycles/mm (a 0.025 mm diameter).

The smallest discernible detail produced by an imaging system is often called the circle of confusion, the circle of indistinctness, or the blur circle. These names are somewhat misleading because details of this size are just visible. It is the smaller details that are confused, indistinct, or blurred. Of course, being a limit or a boundary between two distinct situations, the glass can be half full or half empty. Irrespective of which label is given to the smallest discernible detail, it is incorrect to call the quantity dc used in the calculations of the hyperfocal distance and of the depth of field a circle of anything. A circle is not distance; it is geometric figure that is characterized by a distance called its diameter.

Depth of field, the limiting effect of resolution on focus, is a phenomenon of geometric or particle optics. As distances get much smaller than those that characterize resolution, light begins to act as waves that interact with surfaces, edges of surfaces, and each other producing visible phenomenon such as diffraction rings. A photographer, after considering the formula for the depth of field, might want to reduce the aperture (increase the aperture number) to increase the depth of field. Unfortunately,the light waves interacting with relatively small apertures (at relatively large aperture numbers) add unappealing diffraction patterns to the resulting images. 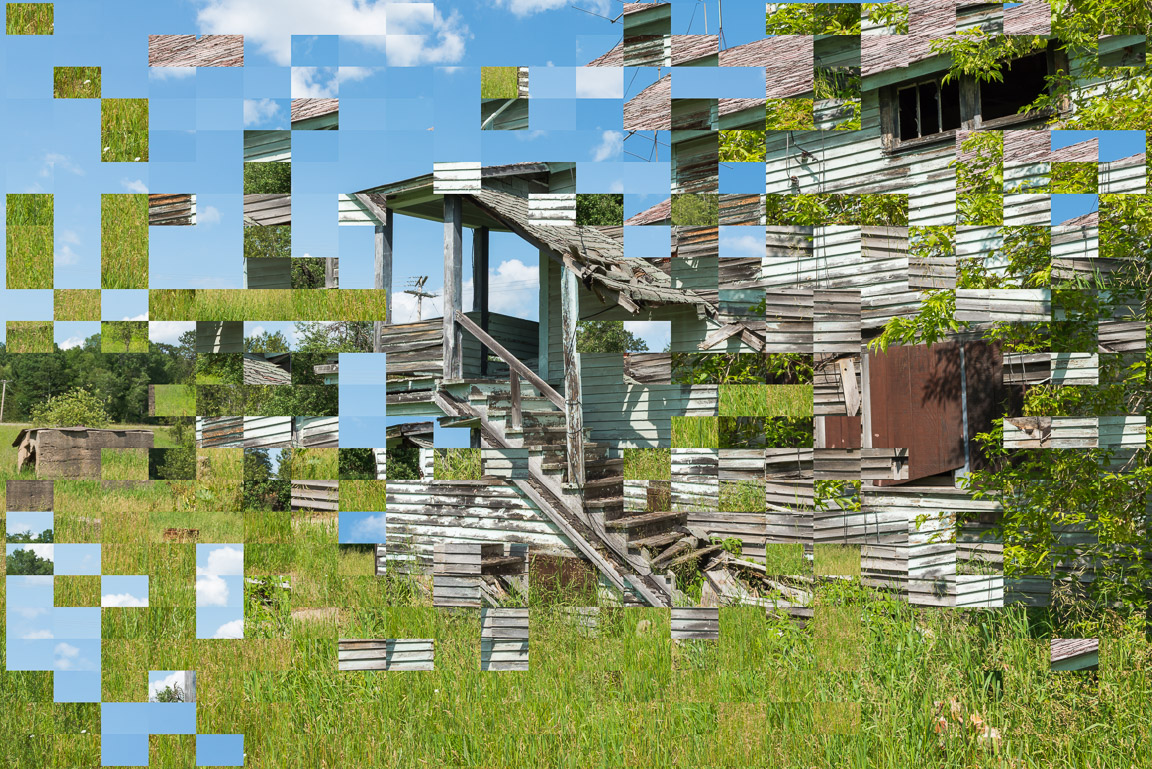